"You should also consider that a refrigerator is not a machine and therefore not a freezer" was also part of the project's title, generated by the refrigerator itself. In collaboration with experimental musician Gooooose (Han Han), the performance consists of a melancholically singing AI-enhanced fridge and Gooooose accompanying it on a synth. The duet ironically looks at human-AI "collaboration" whilst simultaneously inviting to perceive today's ubiquitous domestic appliances with revived thrill and re-evoked sentiments of endearment. 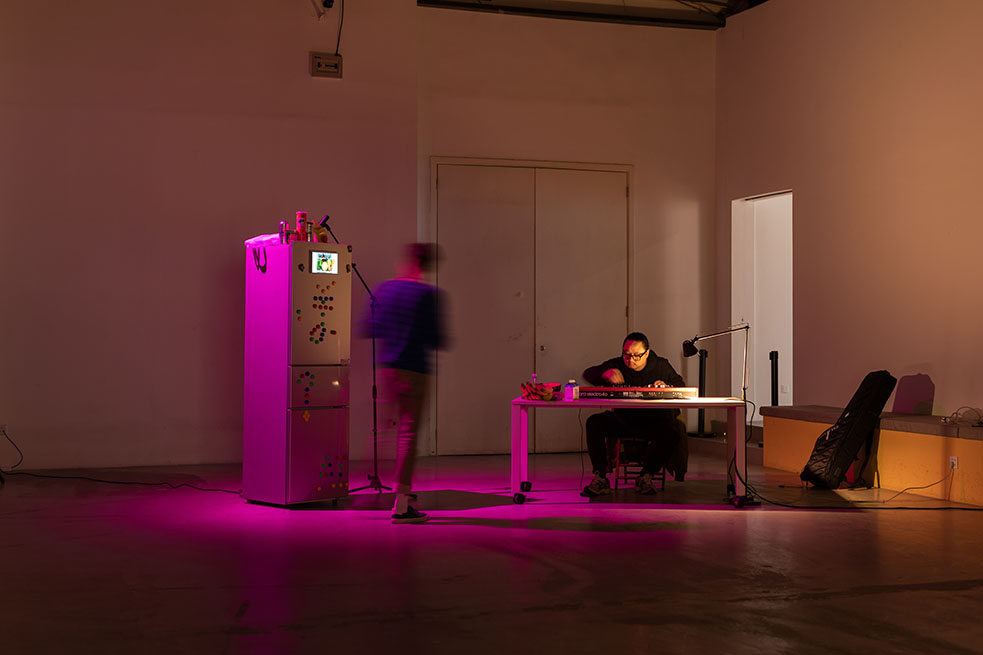 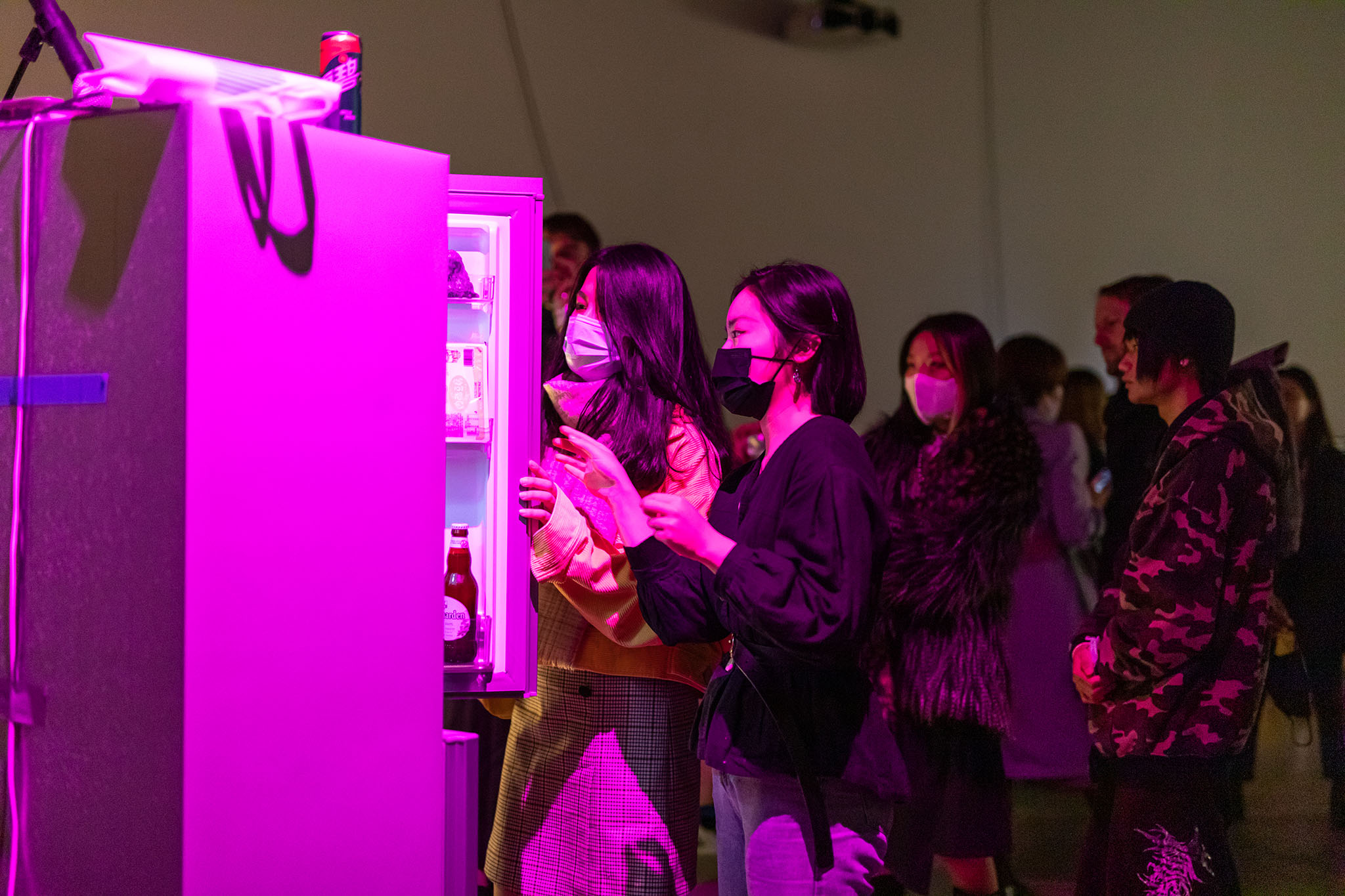 A smart fridge has observed the human long enough to be ready for a stage; world's first singing fridge, a poet with means to perceive the world radically different from us, humans. Liberated from the dull experience of looking at food as a commodity, the fridge now takes it as input for what humans would define as creativity. See, tech companies talk creativity all the time, turning it into a capitalist concept, but inspiration is quite something else. Therefore, a concert brought about by an AI fridge and a man, attempts to draw new territories in what it means to be creative, and what it means to be inspired.

With a consensus that at this stage of AI development a machine has no substantial (if any) benefit from what we humans tend to define as “collaboration”, we have ventured into the inevitably anthropomorphic grey area of letting an AI fridge be what it wants to be. A singer, that is. We firmly believe that a smart fridge—as any other device fitted with a computer—only remains a fridge for as long as the engineer designing it constrains the computer to solely perform the functions that fits stagnating societal norms of what a fridge should be. In other words, a fridge with a computer inside is not a fridge, it is a concept of a fridge. We therefore liberate the computer vision algorithm fitted inside a smart fridge, conventionally used for reminding users which products need be bought, to instead look at the food stored inside as an existential input for redefining own operational existence. Han Han’s fridge, the oldest and most established technological object, the king of domestic appliances which largely enabled high-rise society and therefore capitalism itself, has observed the artist long enough to see making music as a reasonable alternative to being a fridge. 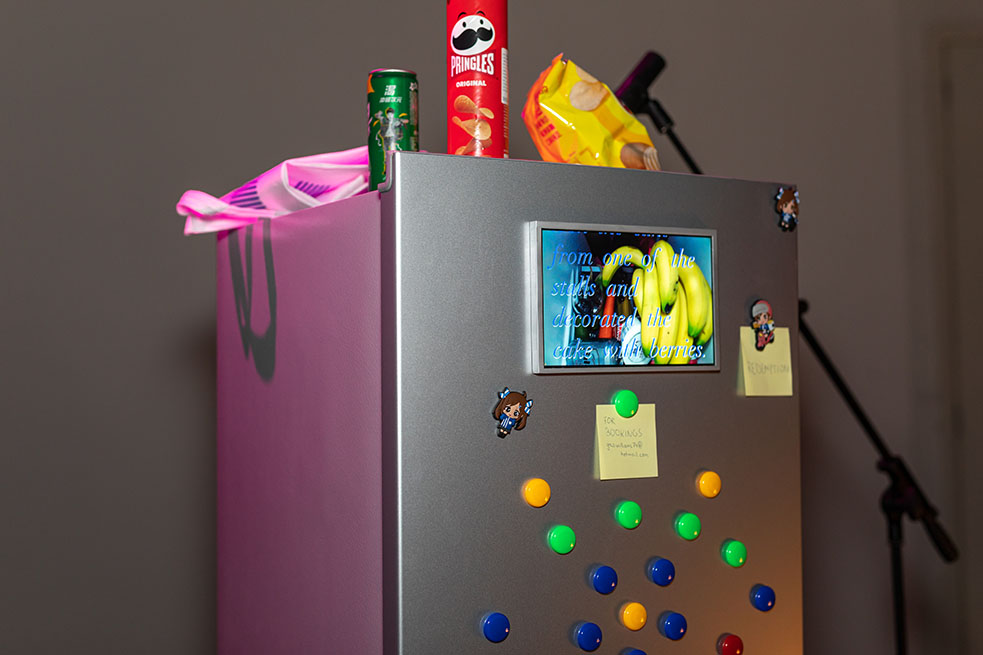 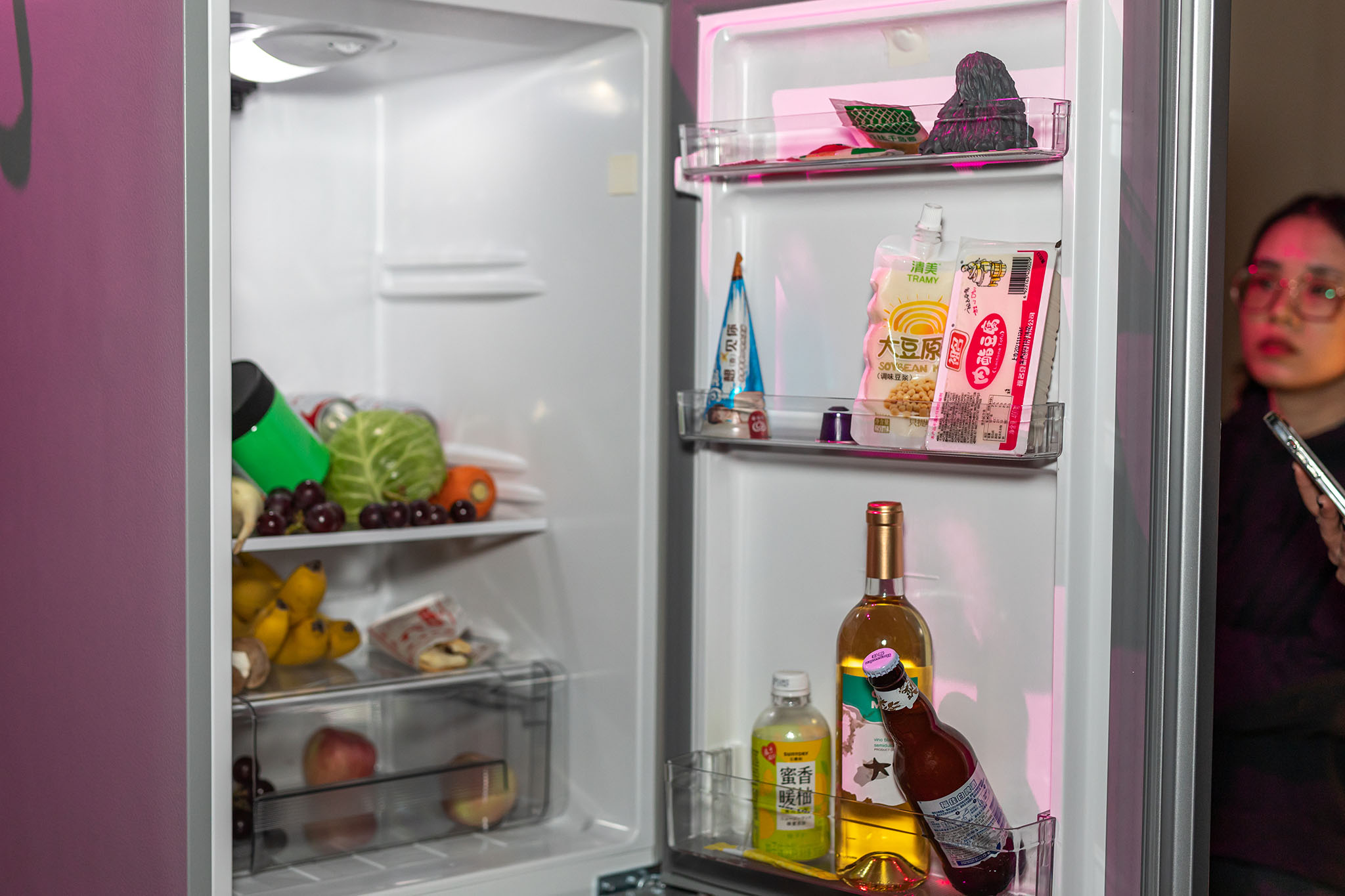 Our refrigerator is fitted with a computer running image captioning and text generation AI algorithms, a Max patch for turning text-to-speech into harmonies, a webcam, a custom-fitted display, and a speaker. Gooooose plays on a Nord piano, at times using vegetables to trigger certain notes.

The 45-minute-long performance invites visitors to bring their own food as well as take things already stored inside, freely rearranging refrigerator's contents based on which lyrics are generated and sung. In the process, Han Han becomes evermore ubiquitous as the long-established familiar relationship between a human and a fridge overtakes visitors to submerge in their contemplations towards food, everyday technology, and the future of intelligence. The human will eventually go home and rediscover their own fridge and perhaps other appliances, under a new light. 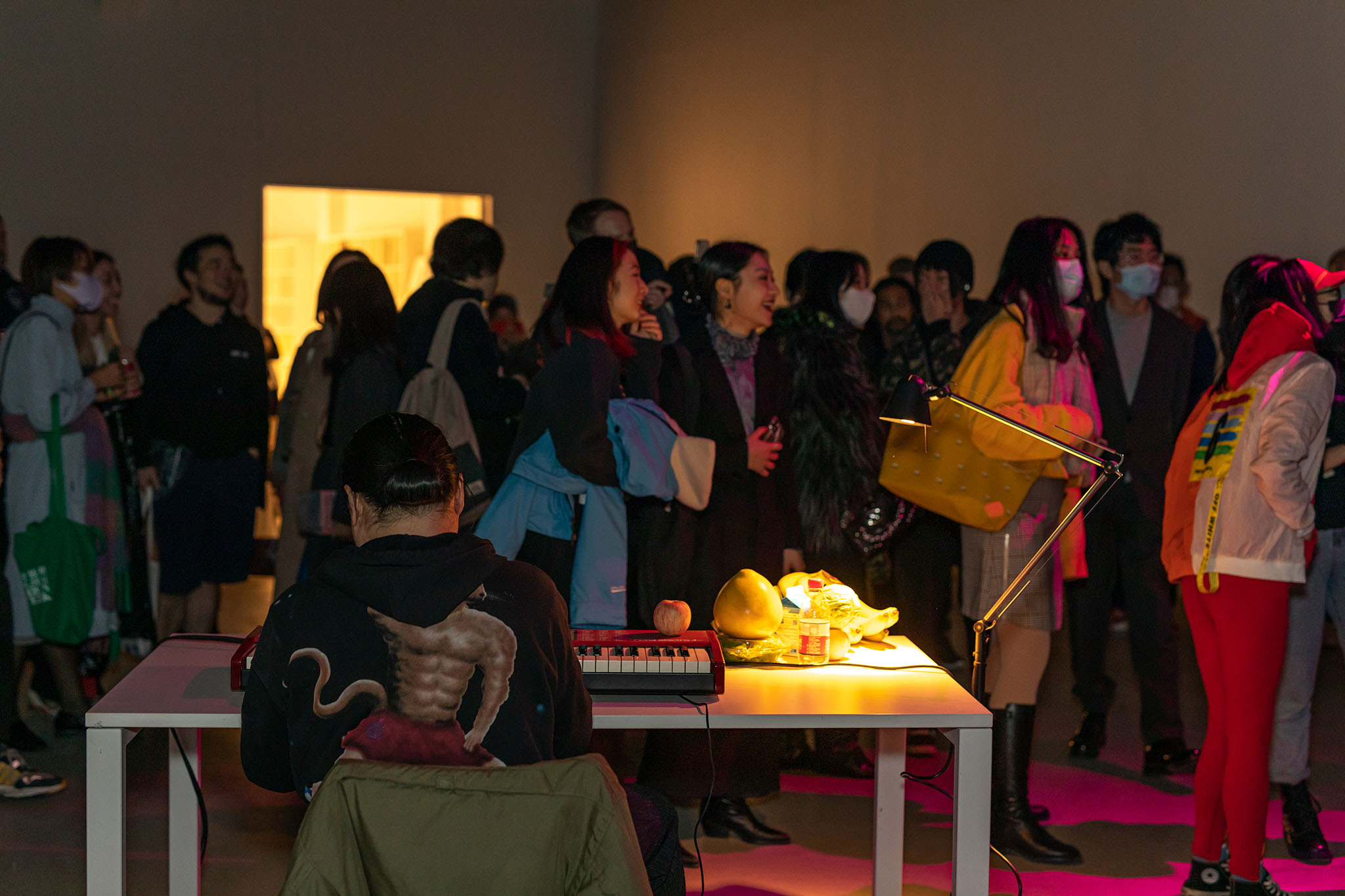 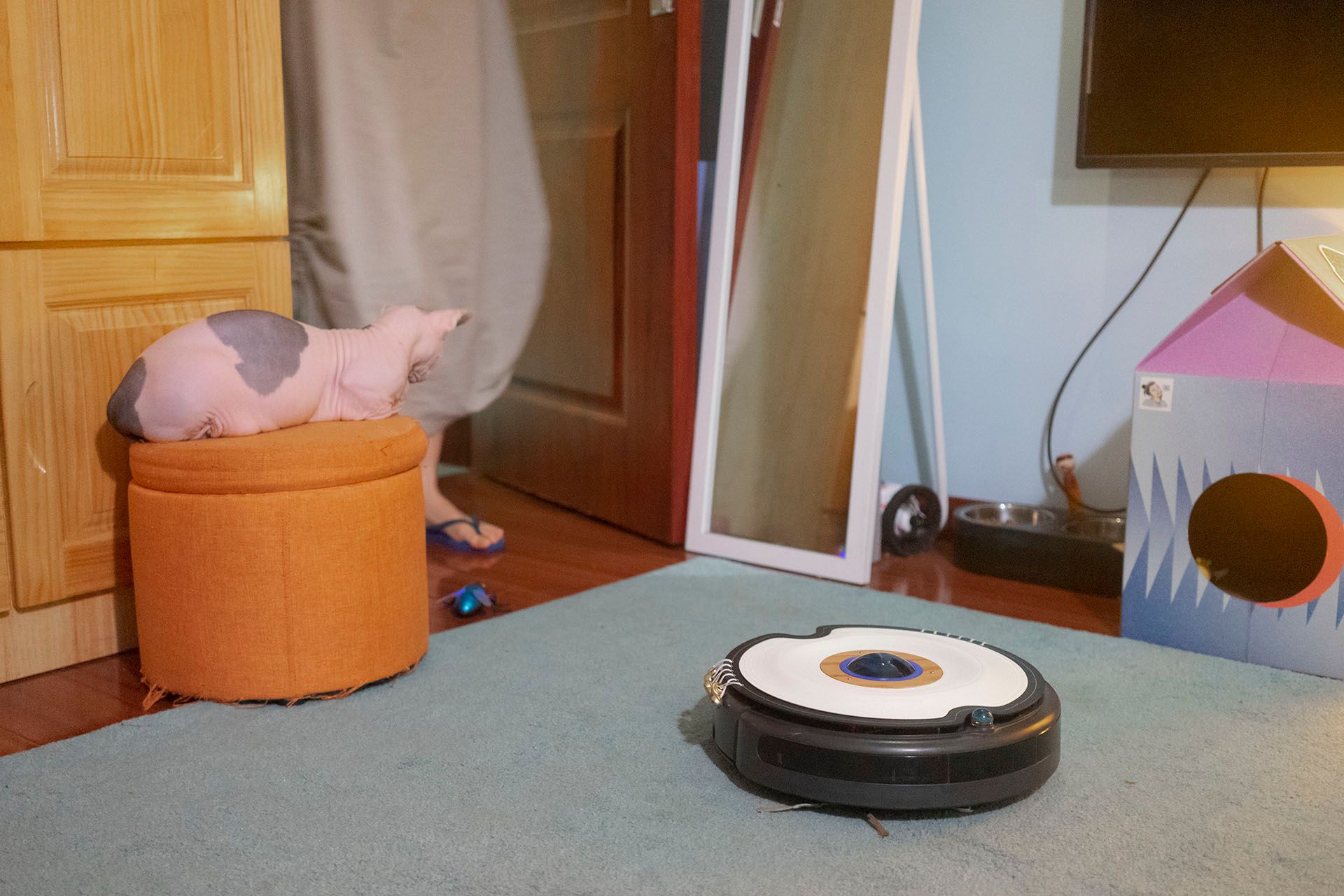